It was either this or medical school. 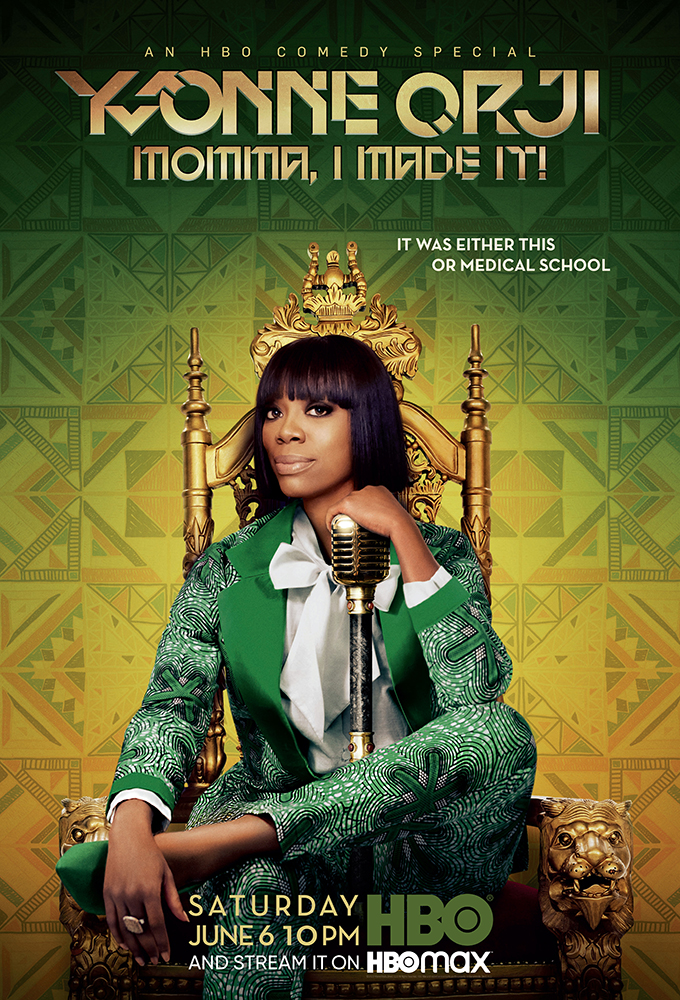 Let’s talk about the promo photo! Yvonne looks amazing sitting on this gold throne. She is looking sharp in this green and white African ankara print suit. Love it!

The special will also be available on HBO NOW, HBO GO, HBO On Demand and partners’ streaming platforms. 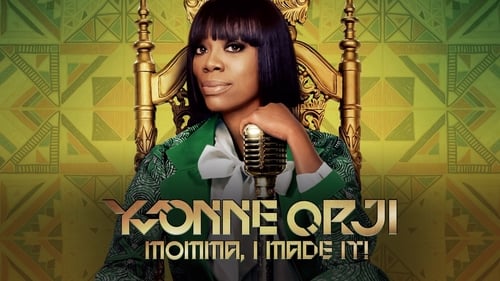 Interspersed with vibrant, personal footage shot in Nigeria, Yvonne’s native home, during a milestone trip in early January, YVONNE ORJI: MOMMA, I MADE IT! takes an intimate, hilarious look at what being Nigerian-American means to Yvonne – from her international haggling addiction and having her phone tapped by her parents as a kid, to the fine line between cursing people out and putting curses on them. The special was filmed before a live audience at the Howard Theatre in Washington, D.C.

Yvonne Orji is best known for her role as Molly on HBO’s “Insecure.” Her film credits include “Night School” and the upcoming “Vacation Friends.” She co-hosts her critically acclaimed podcast Jesus and Jollof, alongside New York Times bestseller Luvvie Ajayi, and her upcoming book Bamboozled by Jesus: How God Tricked Me Into the Life of My Dreams will hit shelves next year.

*All Things Ankara  had the pleasure of working with Yvonne Orji, HBO and Team Epiphany to provide aprons, oven mitts, pot holders, duffle bags and bedroom slippers for the Influencer Seeding Kit Box. Thank you for the opportunity. Click (here) to purchase the products seen in the seeding kit.

TV Show: @yvonneorji’s ‘Momma I Made It’ premiered Saturday, June 6 on @hbo. Comedian and actress Yvonne Orji celebrated her Nigerian-American upbringing in her first hour-long HBO comedy special. • Ankara print designers spotted in the promo video: @tribeofdumo @afriwrapsandbands @mzizishop • Didn’t get a chance to watch it? Stream @yvonneorji’s ‘Momma I Made It’ on @hbo & @hbomax. • #Clickthelinkinbio to read more about the comedy special on the blog. Post by @nikkibilliejean at allthingankara.com . . #allthingsankara #yvonneorji #mommaimadeit #hbo #nikkibilliejean #shopallthingsankara #teamepiphany #dc #dmv #howardtheathre #nigeria